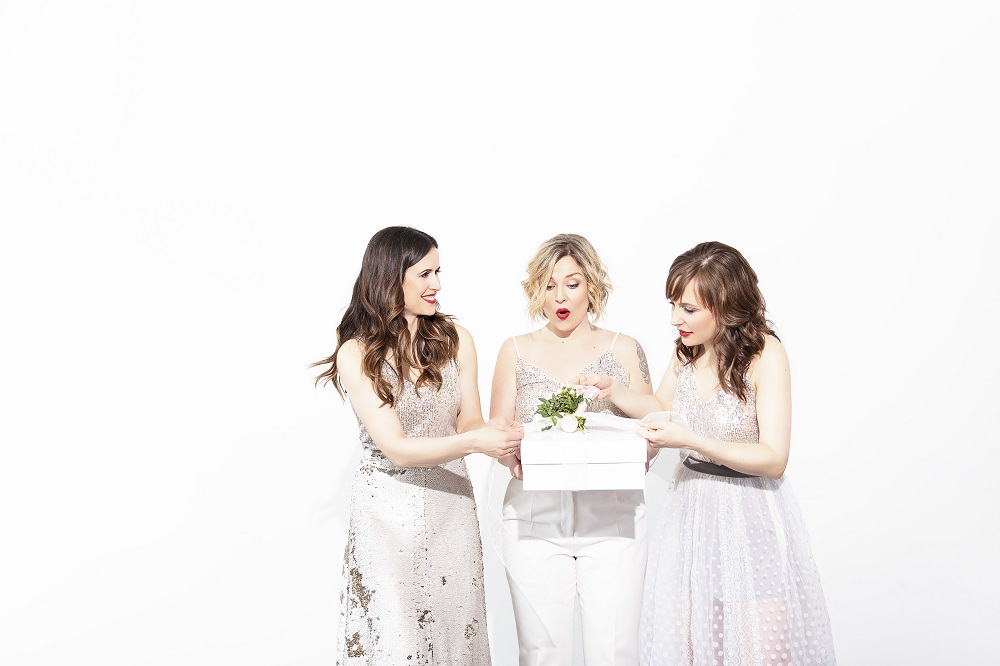 Still merry after all these years, Good Lovelies return with their 13th annual Christmas tour with shows across ON. What better way to celebrate the season than with classic holiday and winter selections, timeless and original material polished to a warm and welcoming glow?

This year also marks the 10th anniversary of Good Lovelies highly popular Christmas album “Under The Mistletoe.” To celebrate, the trio will be releasing “Evergreen”, a new collection of seasonal favourites, classic carols and original Christmas songs.

Accompanying Good Lovelies (Caroline Brooks, Kerri Ough and Susan Passmore) is their band of merry musicians, including Steve Zsirai on upright bass and Mark Mariash on drums. The six-piece will have you humming along, laughing, and full of mirth by the show’s end.

Good Lovelies first united in 2006 for a one-off performance and has since compiled a catalogue of studio albums, EPs, a live album and a Christmas collection. They have toured extensively across Canada, the US, Europe, UK, and Australia and have earned a Juno Award (2010), a Juno Nomination (2012) and four Canadian Folk Music Awards along the way. Their latest release, Shapeshifters, was released in February to much acclaim.

“Let the beguiling harmonies of Caroline Brooks, Kerri Ough, and Sue Passmore right into the very core of your heart.” – ET Canada