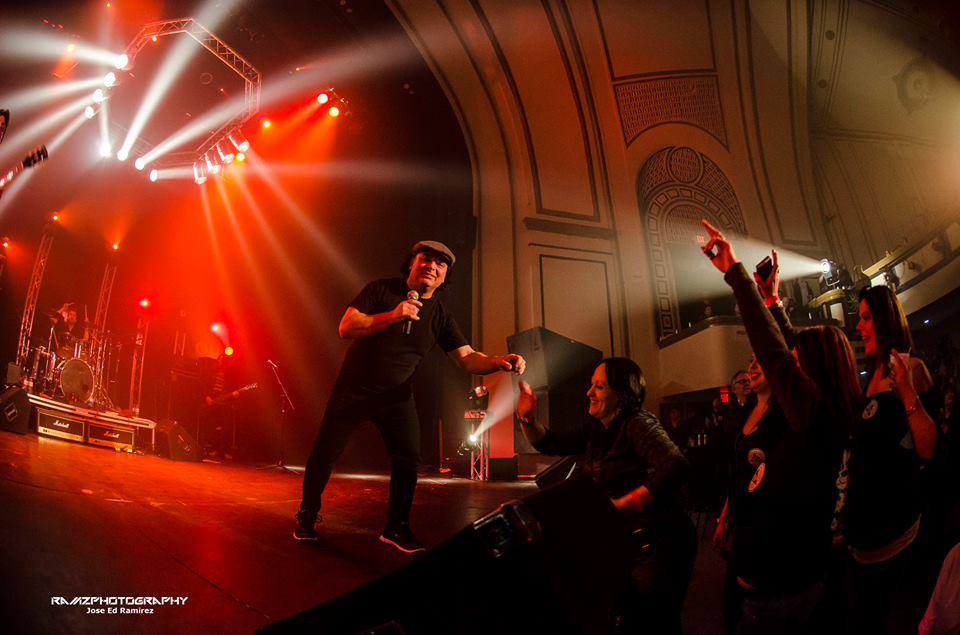 Presented by Ultimate Artists Live – Recreating the Experience – The Look, The Sound, and the Hits!

AC/DC are without a doubt one of the longest reigning and best selling bands in the history of rock n roll. Formed in Sydney Australia in 1973 by brothers, Angus and Malcolm, they have an impressive 17 studio albums to their credit with sales in excess of 200 million units sold worldwide. The Back in Black album stands alone as the top selling album by a band (2nd to solo artist Michael Jackson’s Thriller album) with 50 million copies sold.

Ultimate Artists Live brings to you the magic and music that has created the legacy with this authentic audio/visual recreation of the legendary Australian band.Re-live the Experience with The AC/DC Show – CANADA. You’ll hear hits from both the Brian Johnson and (the late) Bon Scott eras. The show is an authentic audio/visual recreation of the legendary Australian band. With the stacks of Marshall amplifiers and the grit of the mighty Gibson SG guitar, this musical tone is sure to capture your attention from the opening notes.

Performed by some of Canada’s most accomplished musicians, they will take you for a ride on the rock ‘n’ roll train through AC/DC’s incredible history of hits. The featured performers take their roles to new heights.

Shamus Black as your Brian Johnson/Bon Scott lead singer. Fact: A recording of The AC/DC Show–CANADA’s performance from February,
2016 was personally taken back to Los Angeles by a member of AC/DC’s management in Early March of 2016 when Brian Johnson was diagnosed with severe hearing damage. This recording with Shamus is believed to have been the only Canadian entry that was considered in the search for their new singer. Axl Rose of Guns and Roses was eventually chosen for the role.

Gino Del Sole as the Angus Young lead guitarist. Fact: Sudbury native and Humber College Graduate Gino Del Sole has emerged as a top candidate in starring guitar roles with Norwegian Breakaways ‘Rock of Ages’ and the Mirvisch production of ‘Kinky Boots’. Gino’s attention to minute details is evident in his role as musical director of the show.

The incredibly challenging role of the rhythm section is performed and carried by:
Steve MacPherson as the Malcolm Young rhythm guitarist.
Doug Adams as the Cliff Williams bass guitarist.
Sal Cavelli as the Phil Rudd beat-keeper on the drums.